This past weekend, two stories in the Wall Street Journal showed the continuing reach of the Bernie Madoff fallout: one, about the Bankruptcy Trustee’s lawsuit to recover a portion of the ponzi profits from a random investor, Harry Pech; the other, a story of Madoff’s son’s suicide, which was undoubtedly linked to the schemes.

An innocent investor, Pech’s refrain is common in these cases, in which Trustees sue to recover preferences or fraudulent transfers under the Bankruptcy Code. Both actions are rooted in the theory that all similarly situated creditors should be treated (i.e. should suffer) equally.  A creditor (or investor) who receives more than his fair share is a prime target for suit.

In a scheme in which Pech lost thousands and thousands, it seems unfair that he’d be sued just because others lost more than him. But, with an eye toward fairness, that’s exactly how these actions work, and the Trustee can look back two years to examine distributions by the debtor.

I am a creditors rights attorney with Bone McAllester Norton PLLC in Nashville, Tennessee. View all posts by David 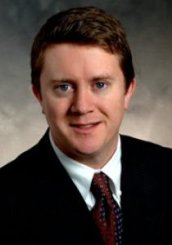 The statements and opinions voiced here are my own and not of my law firm. This blog and any links have been prepared for general informational purposes and are neither legal advice nor a solicitation to provide legal services. This information is not intended to create a lawyer-client relationship, and any use of this blog does not constitute a lawyer-client relationship. You should seek counsel from a qualified lawyer for any legal issue before taking or delaying any action or making any decision, as some of the concepts discussed may be subject to exceptions and qualifications.
%d bloggers like this: